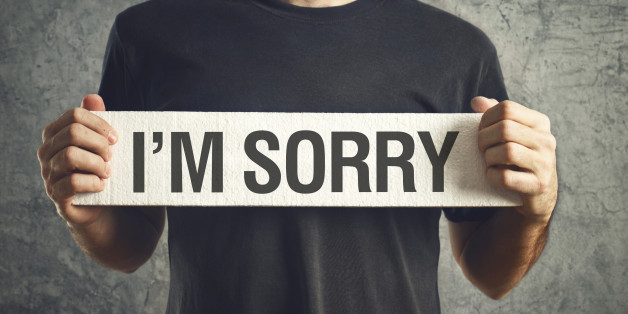 It has been many years since my brother and I last spoke. I don’t remember all the words we said before we went our separate ways. I was a Christian who was speaking what I thought to be truth and he was an atheist. The only atheist in my family as far as I knew. We clashed on many different issues. Homosexuality, evolution, etc… I took the Bible as the ultimate truth. So by quoting it, I always felt justified and had my feelings confirmed by scripture. He disagreed. It drove a wedge between us.

My brother and his family moved from New Hampshire out to Iowa. It was a near guarantee that I would never see him again. Having differing views about nearly everything and living so far apart put too much distance between us. It was hard, letting him go. I was determined to be a good Christian though and I took the Bible at its word. I was to try to reach the lost and if they refused to listen to reason, I was to let them go and not associate with them any longer. “Do not be yoked together with unbelievers. For what do righteousness and wickedness have in common? Or what fellowship can light have with darkness?” (2 Corinthians 6:14)

I moved on and lived my life as if I had no brother. No sister either, if I am being honest. My sister and her family also moved away. They live out in Texas now. Although my sister was a believer, she was a more casual observer of the faith and I was more involved. I remember my wife and I skipping her bridal shower because we would have had to miss church that day and I couldn’t allow that. I could have skipped one day of church to share a once in a lifetime event with my sister, but I didn’t. And I regret it. It’s been years since I have spoken with her as well. Living life without being able to share it with my siblings and without my parents who have long since passed away is a sad thing. And though I have carried on without them, I still miss and love them.

As time has gone on, I have been thinking more and more about my brother. I stopped using Facebook or any other social media (aside from WordPress) many years ago. Keeping in touch with people became much more difficult. I set up a “dummy account” on Facebook last night to see what my brother has been up to. What I found shocked me and I am still a bit overwhelmed by the news I saw. It appears that I have lost my brother and I wont ever be able to speak with him again to say the words I needed to say to him. However…

No, my brother is not dead. He is just not my brother any longer. It seems as though I have gained a sister as my brother has come out as a transgender woman. This was quite the shock to me. My wife had checked his page a few years back and saw that he appeared to be remarried to a woman after being divorced from his first wife with whom he has two children. He is still married to this new wife. He is just a she now, but still happily married. As for me? Mind blown.

Now, if I had been keeping up with him and really knowing him like I should have as his brother, maybe I would have seen some signs of him being unhappy with himself or maybe he would have shared more with me. But after so many years have passed, it was not what I had expected to find. So what was my reaction? Was I sickened? Was I hurt? Did I wish ill-will towards him? Did I turn away in disgust? No. I smiled. A nice big one too. And that’s a huge change from who I used to be.

As a believer in the Bible as I was for so many years, reacting to the news of my brother becoming a woman would have done all those things to me that I listed above, with the exception of wishing ill-will. I never wished that on anyone. But, I would have been sickened. I would have been hurt that he could do that to our family. I would have turned away in disgust. Why? Why would I treat family like that? Because I was programmed to do so. I was taught about the “unnatural” and the “sinful” ways of the world. Any one of the letters in LGBTQ were worthy of hell according to what I was taught. But that was then and this is now.

I regret who I once was. I hate how I thought about things. I hate how I treated people. I hate how I pushed away everyone in my life who was different because I thought I was the only one who “got it.” As a believer, all the things in the Bible that condemned LGBTQ people were things I agreed with…even if I didn’t. It was the old “God said it. I believe it. That settles it.” mentality. My personal beliefs were pushed deep down inside of me until everything I was taking in, I was able to spit back into the faces of those who were not like me. I won’t dance around this. I refuse to sugarcoat it. I was wrong. Period.

I sent my new sister a message through Facebook and I have yet to hear back. I hope we can mend our fractured relationship and start over. I don’t know how this will turn out. I know that harsh words were said. Feelings were hurt. And bonds were broken. I will never be able to take back all the things I said. The words are out there. All I can do now is conduct myself with honor and dignity and treat people with the respect they deserve. All I can do is be compassionate and understanding. What I can do is be a good person because it is the right thing to do. I won’t be good for some eternal reward. Being good is its own reward.

So although my brother Fred is no longer with us and I can never speak with him again about anything, I hope to rebuild the bridge that was burned with the sister I never met, Heather. Time will tell, but if no effort is made, it will be too late. I have another sister who I haven’t spoken with in a long time also. I hope I can reunite with her as well. We’ll see how things go. One step at a time. This is a lot to take in. But you only get one life that is guaranteed to spend with your family. I have to at least try.  Life is far too short to be silent as the sand runs out of the hourglass.

30 thoughts on “Before It’s Too Late”